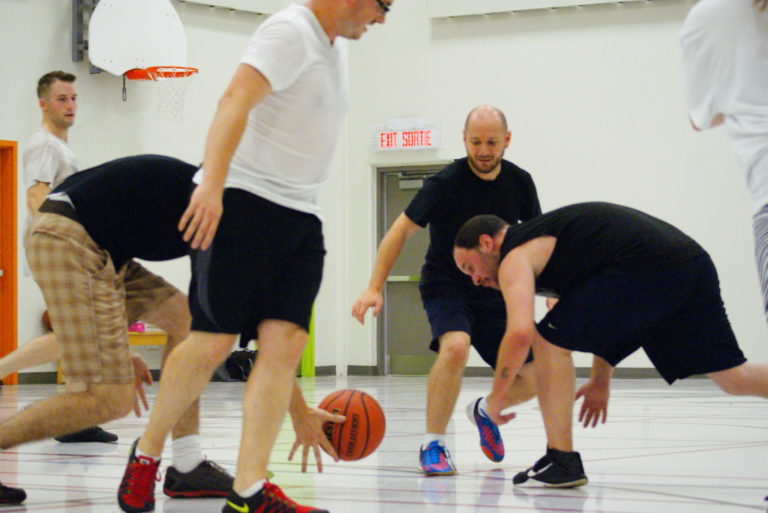 The object of basketball is to throw the ball (basketball) into a hoop to score points. The game is played out on a rectangular court and depending on which section of court you successfully throw a ball into the basket will depend on how many points are scored. The ball can be moved around the by dribbling or passing the ball. At the end of the game the team with the most points is declared the winner.

Each team is made up of 12 players with only 5 allowed on the court at any time. The positions are broken up into Point Guard, Defensive Guard, Center, Offensive forward and Defensive Forward. Each player will then take up a position on the court but are allowed to move around as they please.

The court is a rectangular shaped and measures 91 feet long and 50 feet wide. There is a halfway line in which a small circle is found in the centre; this is where the game starts with a tip off (the ball is thrown in the air by the referee and a player from each team tries to win possession for their team). At each end of the court are two baskets both 10 feet in height. A three point arc is the outside ring, whilst in the middle of that is the key which includes a free throw line.

All that is needed to play is a court and basketball. Teams must wear matching strips with some players choosing to wear gum shields and face masks for protection.

The game is split up into 4 twelve minute quarters. In between the 2 nd and 3rd quarter is a 15 minute half time interval.

Winning a game of basketball is pretty simple; score more points than your opponents in the allotted game time. If the scores are tied at the end then an extra quarter will be played until a winner is found.