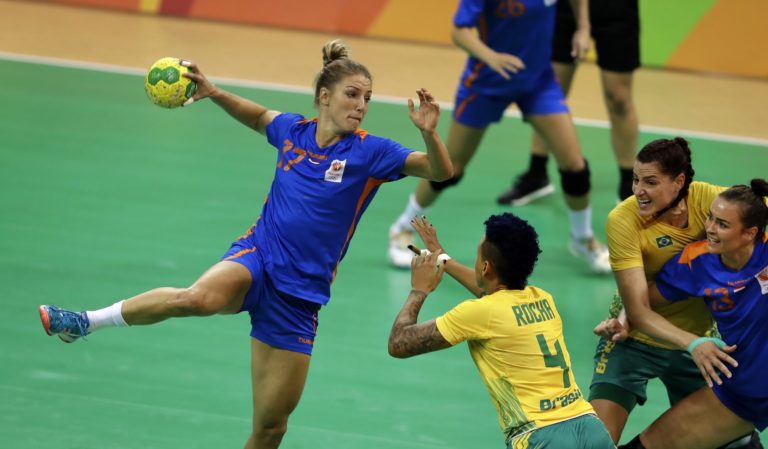 The object of handball is to score more points than your opponent.

A handball game lasts for a regulation 60 minutes. This is split into two periods of 30 minutes each with a 15 minute interval. For younger players, the period time can be reduced to 20 minutes.

The standard handball games features 7 players on each side, six outfield players and one goalkeeper. A team will also have 7 substitutes, which can be used on a rolling basis and with no need to notify the referee.

There is semi-circle area around each goal area, sometimes referred to as the crease or the zone. There is also a dashed semi-circle line which lies 9 metres from goal, which is the free throw line.

A handball game can be played with a court, two goals and a ball. Official games will see teams where uniforms.

A goal is scored in handball when the ball is thrown into the opponent’s goal.

To win in handball you must score more than your opponent.

If the handball game is drawn then there must be a winner; then periods of overtime with a maximum of 2 5 minute periods are played. If the scores are still level, a shoot-out is used to determine the result of the game.