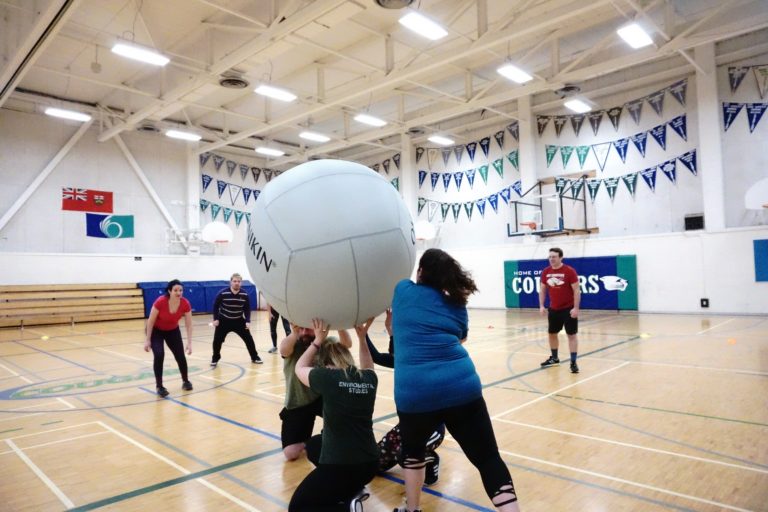 The object of Kin-Ball is simple: to score more points than the two other opponents and win the game. Players do this by working as a team against the two other teams. Because of the nature of Kin-Ball, a great deal of teamwork is involved, as is a good level of fitness due to the fast paced nature of the game.

Kin-Ball is played in a gymnasium usually but it can also be played outdoors. The only required equipment to play the game is an official Kin-Ball, 48” in size with a weight of 2.2lbs. This can be in a range of colours such as grey, black, or pink. For an official game of Kin-Ball, an electric ball inflator is required too as is a scoreboard.

Scoring in Kin-Ball is relatively simple. When a team faults, a point is awarded to the two other teams. A fault occurs when a team fails to catch and control the Kin-ball before it touches the ground.

It is highly unusual for a tie break game to need to go beyond the 3rd or 4th criteria.