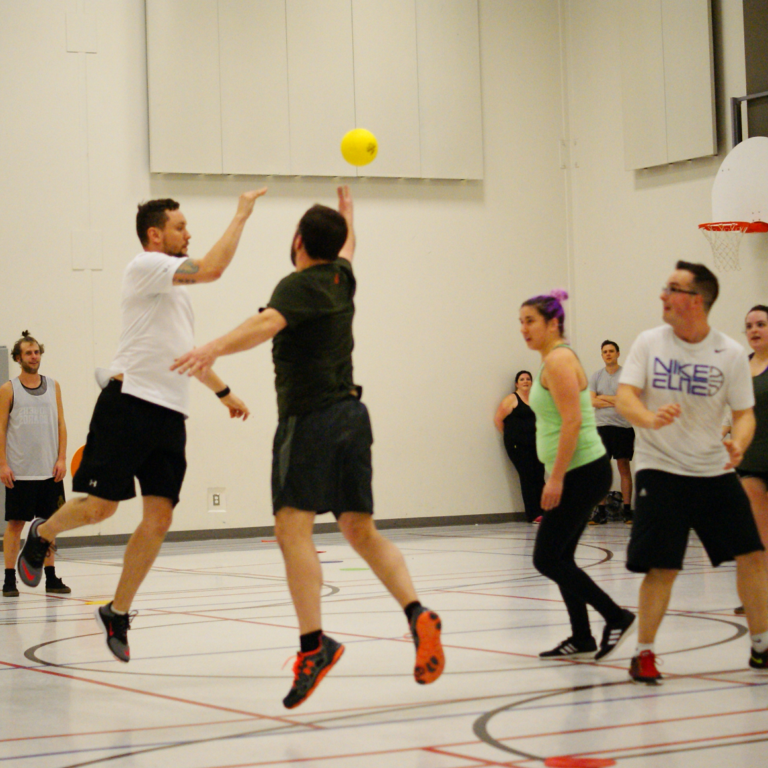 The team that has possession of the ball has a three-pass limit before being forced to shoot the ball at the rebound surface on either end of the court. Members of the other team must place themselves according to where they expect the ball to land, so that they can catch it before it touches the floor. Meantime, members of the other team look to position themselves to recover the ball after it rebounds from the rebound surface, before the ball can touch the floor. During the course of the game, the players of each team are not allowed to interfere with players of the other team: they may not intercept passes, interfere with the movements of the person carrying the ball or his teammates, or stop a defender from positioning himself to catch the ball after the rebound.

A player commits a penalty if:
• He/she moves while dribbling the ball on the floor or juggling it in the air. • He/she takes more than 3 footsteps on the floor while in possession of the ball. • He/she plays using parts of his body below his knees. • He/she makes a fourth pass for his team. He makes contact with the floor out-of-bounds or in the forbidden zone while holding the ball. • He/she drops the ball after it is passed to him. • He/she voluntarily, or by error, catches a pass from the other team.

• He/she catches a ball off of the rebound surface that was shot by one of his teammates.

• He/she blocks his opponents from moving or stops them from freely passing the ball once they have gained possession.